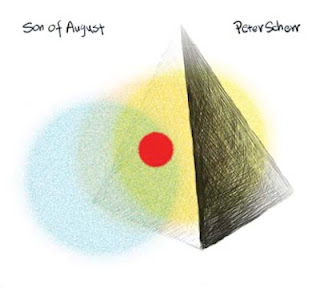 Review:
Peter Scherr waited almost three years for the release of his new album Son of August. The music was written in august 2008, so that is the reason for the CD title, Son of August, and also explains some of the song titles, like "August" and "August 2".

All compositions are by Peter Scherr except for "Willing" by Chris Brown and Strangers by Ray Davies of the rock group The Kinks. Peter Scherr music has always contained an eclectic and interesting blend of rock, jazz, funk, classical music and music from all around the world. The music on Son of August is not the exception.

There is always a high level of intensity in Scherr's music even in the slow tracks like the march-like " Ok Chorale" and the cinematic "Assonance". The sound of the electric guitar and the steady rock beat on "Tongue", "August" and "Son of August" gives the music that characteristic fusion/rock feel present in most of Scherr music.

For Son of August Peter Scherr invited saxophonist Michael Blake, a musician who also likes to explores and incorporate into his music different sounds and styles. Blake is a saxophonist with a bold, distnctive tone and his unique phrasing may be heard on tracks like "August", "Assonance" and the funky "Son of August" The saxophone brings a jazzier feel to Scherr compositions, especially on "Lucky 13", a piece with a classic swinging groove on bass and drums.