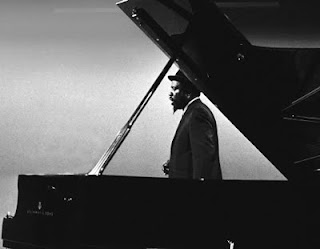 Recently a friend ask me this question, “why do you like jazz so much?” A simple answer to that could be, “because there’s no better music than jazz”. But that would not be the right way to answer. I’m sure everyone think their favorite music is the best music. But when I say there’s no better music than jazz, the only ones with a good argument against it are those who listen to classical music. Besides jazz, classical and some folk music, there’s no other music that even comes close in quality.

Why do I include folk music? Because Classical composers originally were inspired by european folk music for their compositions. And the roots of jazz music are basically the folk music of the african-americans at the end of the 19th century. Folk music from Asia, Africa, Europe and Latin America have a quality that can’t be found in most popular music today. That quality is “truthfulness”, folk music comes from years of tradition and represent the culture of each country.

Some examples of good folk music may be heard on cuban music (guaguanco, son mambo, etc. rhythms that later gave birth to salsa music), samba, bossa nova and other rhythms from Brasil, flamenco from Spain (heavily influenced by arabic music), and the Argentine’s tango, to name just a few. Even today jazz and classical composers get inspired by folk music from around the world and at the same time influence folk music.

Getting back to the original question, why do I like jazz? To answer this question we must talk about the elements of music. There are four major elements in music, melody, harmony, tone and rhythm.

Melody is basically a sequence of musical notes. We all learn some simple melodies when we were young like “Twinkle, twinkle, little star” or “Happy Birthday”. But as we get older, we evolve to more complex and interesting melodies, especially if you study music or learn how to play a musical instrument.

Since jazz music is mostly improvised, melody is one of the most interesting elements for a jazz musician and listener. In the 40's a jazz style called Bebop provided the blueprint to all the jazz styles that came after. Before Bebop, the improvisation in jazz was limited to just a few solos, similar to rock music today. With Bebop, improvisation became a essential part of jazz music.

In a typical jazz group the musicians first play the main melody or theme, then one or more musicians (piano, trumpet, sax, bass, etc.) take turns improvising variations based on the main melody. At the end the band returns to the original theme or melody. Classical music is similar, with the difference that both, main theme and variations on the theme are written and the musicians must play them as close as possible to the original intentions of the composer.

That’s why there’s no other musician with more knowledge and command of their instrument than a jazz musician. A jazz musician is creating art every time he or she plays. In jazz the same piece of music sound different even if is played by the same musicians. In popular music, like r&b, rap, hip hop, country, etc. , the same melody is repeated constantly with little or no variations.


There’s also the fact that most people can’t listen to music if there’s no lyrics to it. That’s why almost all famous artists in popular music are singers. In popular music the singer is the star, the one that sings the melody, and the other instruments are just a background. Music and arrangements are written in the simplest way possible, so there’s no need to be a virtuoso to play popular music.

The funny thing is that except for a few ones, popular music singers are not really that good. Technology is so amazing nowadays that almost everyone with a pretty face and a fair enough voice can make it as a singer in pop music.

There are singers also in jazz music, but unlike popular music, the voice in a jazz band is just another instrument. A jazz singer is expected to improvise, do variations on the melody and have the same command over their instrument as any other jazz musician. Rarely you’ll find in popular music (or in any other music for that matter) a singer of the quality of an Ella Fitzgerald or Sarah Vaughan.

Harmony is created when two or more notes are played at the same time. This can be done by different instruments, like in a classical music orchestra or a jazz big band or by only one instrument, usually a piano or guitar (creating chords).

Harmony is just as important as melody to a jazz musician. Harmonies or chords in jazz are usually done by the pianist and the real good ones, like Thelonious Monk, improvise harmonies also, doing chords variations. Those variations allows the improviser to change and play with the melodies. Harmonies makes the music more fuller and richer and the more interesting the harmonies the more options the musicians have melodically.

The use of harmonies in pop music, if any, are usually simple. Hardly you’ll find 7th , 9th , 11th chords or chords inversions in pop music.

Tone is the sound quality of the different instruments used in music. Each musical instrument has a distinctive sound. With the advancements in technology in the last 30 years, you don’t even need to play an instrument to make music. More and more, the music you listen on the radio like rap, hip hop and reggaeton, is done with drum machines, computers, sampling or pre recorded instruments.
Rarely you’ll find this in jazz music.

Call me old fashioned but I prefer to listen to a an instrument played by real person than to listen to a computarized version of that instrument. In jazz music there are huge differences in texture or tone when the same instrument is played by different musicians. Compare the sound of Coleman Hawkins, to Lester Young, or Sonny Rollins, John Coltrane, Joshua Redman or David Sanchez. All sax players, all with a very distinctive sound.

And then there’s rhythm. Rhythm is the element that distinguish one music style from the other. Most music is written in 4/4, including jazz, but some like waltz are written in 3/4.

“When jazz was only ragtime, the basic rhythm was merely that of a march time, One-two-Three-four. This same rhythm was made much more interesting in jazz simply displacing the accents so that the basic rhythm became one-Two-three- Four” Aaron Copland, What to listen for in music.

These variations on beat accentuation is what makes diverse and interesting rhythms in music. If above that 4/4 rhythm you add other freer rhythms, that combination is called polyrhythms. Jazz like other music with african roots use polyrhythms (most latin music, cuban and brazilian music). Is that combination of rhythm (polyrhythms) that gives jazz it’s rhythmic vitality.

In contrast, pop music, especially in the last decades has a constant steady beat with little or none rhythmic variations.

So you may ask yourself, if jazz is so good, “why isn’t everybody listening to jazz music?”. The reason is simple, most people prefer entertainment over art.

Art stimulate your mind and your senses, makes you think and increase your sensibility. Entertainment is just a distraction and usually has the opposite effect of art.

And once you learn how to appreciate art, you’ll find out you’re also being entertained.

“The hard fact is that in our time, not many people really know or care much about jazz or if a musician can really play. They don’t care because most of the nonclassical music they’ve heard is performed by amateurs or even complete non musicians, people who may possess personal charisma but can barely play. Real jazz musicians were already good enough at fourteen or fifteen to do what most top selling musical acts can do, and by saying that I’m not criticizing, I’m just describing.” Wynton Marsalis, Moving to Higher Ground

So there you have it, that’s why I like jazz.